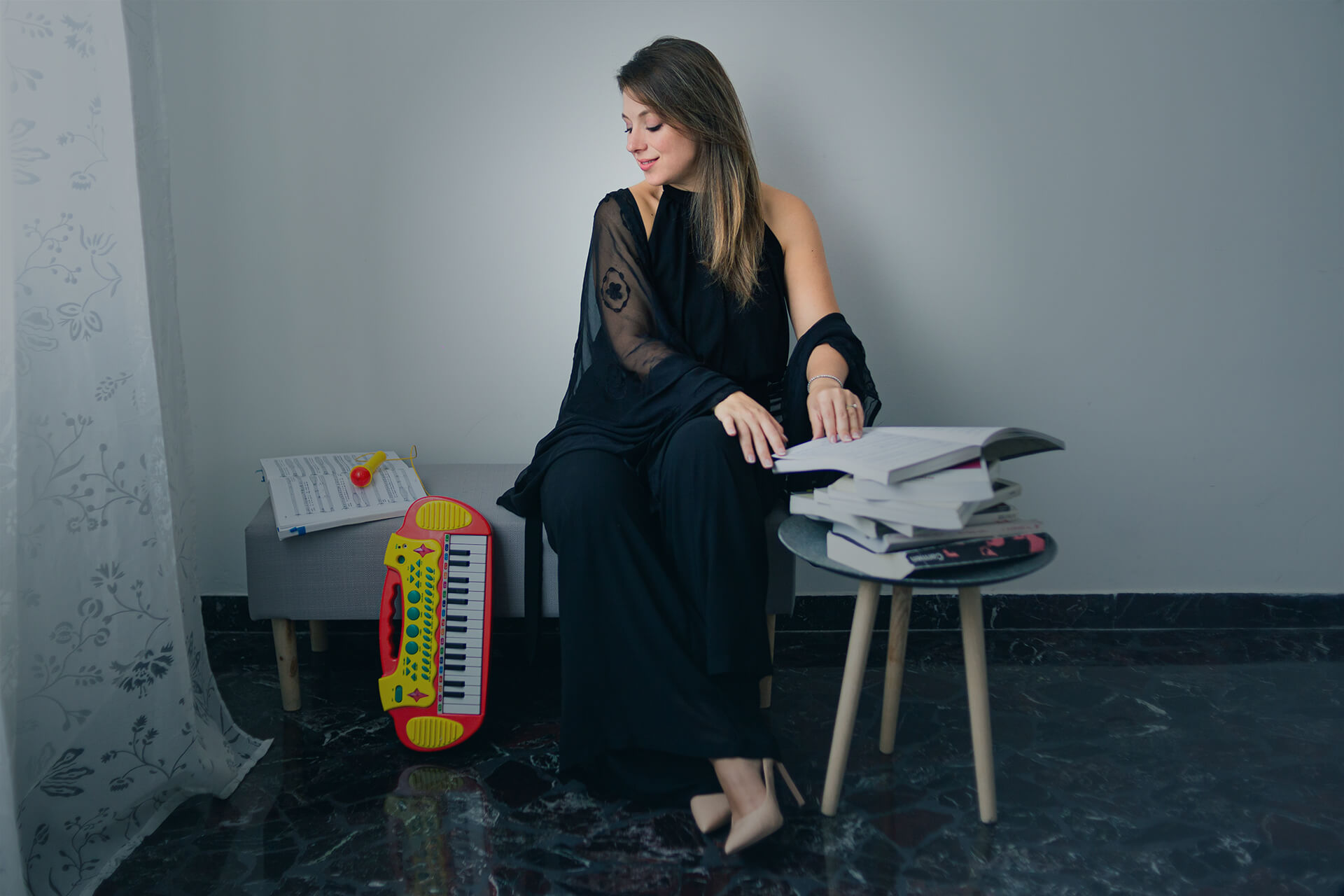 Francesca Pierpaoli was born in Cagliari. She attended the conservatory in her birth city as a solo mezzo-soprano at the G.P. Da Palestrina conservatory with whose orchestra and choir debuted the solo roles in Mozart’s Requiem, Vivaldi’s Gloria, Pergolesi’s Stabat Mater and Saint Saens’ Oratorio de Noel.

In 2007 she won her first contest and makes her professional debut in Poulenc’s opera Les Mamelles de Tiresias, from these she proceeded to other roles like the one of Hansel in Humperdink’s Hansel and Gretel for the AsLico Operadomani Project, Flora in Verdi’s Traviata, Maddalena in Verdi’s Rigoletto, Alisia in Lammermoor’s Lucia, Paoluccia in Piccinni’s Cecchina. She performs Marcellina in Le Nozze di Figaro in Genova and then Cherubino and the second dame in Mozart’s Flauto Magico, Mercedes in Bizet’s Carmen.
She also paid tribute to two Sardinian authors at Teatro Lirico in Cagliari with Gabriel’s La Jura and Porrino’s Shardana, whose recordings are available.

She improved herself in the prestigious Rossini Accademy of Pesaro and specialized in Rossini’s operas making her debut with Cenerentola, first in the stepsister Tisbe’s role and then in the role of Angelina. From these she took part in various Rossini’s operas as Il Viaggio a Reims, La Pietra del Paragone, Adelaide di Borgogna, Il Barbiere di Siviglia, Il Signor Bruschino, La Scala di Seta.

In 2015 is rewarded at Tetro Reggio in Parma during the “Grand Prix dell’Opera” as the best young debuting Italian mezzo-soprano.

Any cookies that may not be particularly necessary for the website to function and is used specifically to collect user personal data via analytics, ads, other embedded contents are termed as non-necessary cookies. It is mandatory to procure user consent prior to running these cookies on your website.